Man, remember when this blog used to be about clockpunk fantasy in Central Asia?

I was skimming the Pathfinder SRD the other day, and I came across the Inquisitor. It's a cleric variant where you get to pronounce Judgements against people. Sounds cool, right? Well, let's look at the Judgements:


Justice: This judgment spurs the inquisitor to seek justice, granting a +1 sacred bonus on all attack rolls. This bonus increases by +1 for every five inquisitor levels she possesses.

So, first of all, this makes no sense. You... pronounce a judgement of justice on... yourself? 'Hey, self, you're a pretty just guy, you know? In my judgement, you should totally keep going with that whole justice thing.' Secondly, it's totally underwhelming. You declare your divinely-inspired intention TO! SEEK! JUSTICE!, and you get... +1 to-hit. Rising to +2 to-hit at level 5.

But it made me think: what would it look like if you built a whole class around going about judging people? 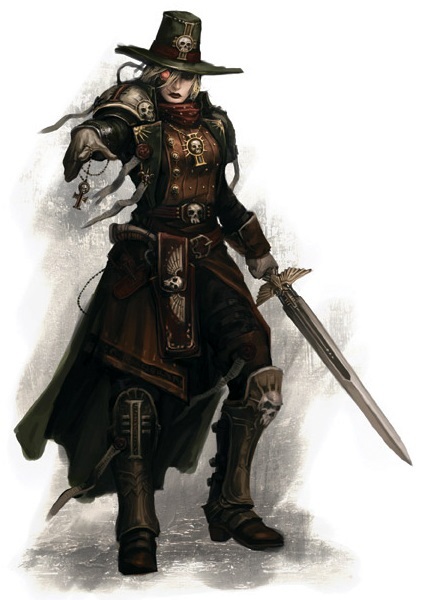 Judgements: The Inquisitor does not gain cleric spells. Instead, he gains the ability to pronounce Judgements upon his enemies. An Inquisitor can pronounce one Judgement per level per day.

To pronounce a Judgement upon someone, the Inquisitor must point at them and declare: 'Sinner!' (or Blasphemer, or Heretic, or Adulterer, or whatever.) 'I judge you to be worthy only of...'

They then complete the sentence with one of the Judgements listed below, which then takes immediate effect. Note that some of these are only available to Inquisitors of a certain level or higher. An Inquisitor who is unable to point at people and/or unable to speak is unable to pronounce Judgements.

(NB: In case it isn't obvious, the person playing the inquisitor needs to actually speak the judgement, preferably in their best, spittle-flecked, hellfire preacher voice. GMs may award saving throw penalties to their targets for particularly impressive delivery of the line.)

Judgements available to all Inquisitors

Judgements requiring Inquisitor level 9
An Inquisitor can remove the ongoing effects of a Judgement that he has pronounced at any time simply by pointing at the target and declaring: 'Sinner, I grant thee pardon for thy vile transgressions.' In the case of the Oblivion judgement, this will cause all lost memories of the victim to return. Judgements can also be removed with Dispel Magic just like any other ongoing spell effect.

Mass Judgements: At level 5, the Inquisitor can pronounce a judgement on a whole group of targets, up to a maximum of one per level. The Inquisitor must still be able to point at them, so this will only work on a group of targets all standing fairly close together. The victims of a mass judgement receive a +4 bonus to their saving throws.

Counter-Judgements: Any Inquisitor may remove the ongoing effects of a Judgement inflicted by another inquisitor of equal or lower level by laying on hands and declaring: 'Behold! The infinite mercy of the divine extends even to a wretch like thee!' Doing this uses up one of their Judgements for the day.