Romantic Fantasy Revisited 2: Why would I want this in a game?

So, I my last post I explained what I meant by 'romantic fantasy', and why I don't view it as being purely defined by the presence or absence of love stories within the narrative. Now onto sub-question two: why would you want something like this in an RPG?

Even though I've already written several times about how romantic relationships might take a larger role in D&D campaigns, I don't really think that the fictional genre of romance proper is very well-suited to the strengths of tabletop RPGs as a form. For one thing, the basic romance narrative is usually a story about exactly two people, and thus ill-suited to a group game such as D&D. For another, the things which are most important to the romance genre are the things which traditional RPGs are worst at, namely exploring the slow development of people's complex feelings towards each other, feelings which may well not be expressed in actions or even in words until almost the end of the story. (I love RPGs, but they are much better suited to melodrama than to any kind of emotional nuance.) Yet another problem is that traditional romance narratives have a predetermined end point, in the form of the 'happily ever after', whereas RPG campaigns are expected to run and run. Thus, in order to get something more readily gameable out of the concept, I think one would need to foreground the more general characteristics of the genre which I discussed in my previous post: fantasy adventures which emphasise the importance of relationship-building and diplomatic solutions. There might be lots of actual romantic relationships such games as well, but they probably wouldn't be as central as they are to much of the source material.


The idea of resolving encounters through non-violent social interaction is hardly a new one. If you look at the very earliest D&D rulebooks and adventures, they presuppose a world filled with danger which can be navigated in three ways: via combat (kill the monsters), via logical problem-solving (work out a way to rob or evade or outmanoeuvre the monsters), or via diplomacy (persuade the monsters to leave you alone, and maybe even help you out or fight your enemies for you). WotC D&D has mostly been all about the combat, whereas OSR D&D is more likely to emphasise the problem-solving, as Arnold K's eloquent discussion of 'OSR-style challenges' demonstrates; but while you're more likely to find diplomatic elements built into OSR adventures than into, say, Pathfinder modules, they're usually not accorded any kind of central role. (Maze of the Blue Medusa may be an exception, as the best way through it really is just to walk very cautiously from room to room having very strange conversations with very strange people.) If your group prefers combat and/or problem-solving to diplomacy, then that's fine: those are totally legitimate preferences, and indeed almost certainly define the majority of participants in the hobby. But I've gamed with a number of players over the years who really enjoy things like befriending goblins by swapping make-up tips ('I hear mud-brown is in this season!'), flirting with princesses, developing weird love-hate frenemy relationships with local authority figures, adopting strange outcast kids as sidekicks, and generally using social interactions with NPCs as one of the main methods through which they interacted with the game world. And if that's a mode of play which your group enjoys and wants to encourage, then I think there's a lot to be gained from building it into the game at ground-level, creating a world which is built around relationships and thus amenable to relationship-based manipulation.

That's from the player's side; but I think it can be a rewarding mode of play for GMs, as well. It always makes me sad when I see an adventure where the author has gone to the trouble of writing a bunch of interesting and sympathetic antagonists, and then just put them into the actual module as so much sword-fodder. (Pathfinder APs are the worst for this, regularly giving multi-page write-ups to NPCs who will be lucky to survive three combat rounds.) Why is the last line of the description so often some minor variation on 'so now (s)he is totally evil and just wants to kill people'? Doesn't that render everything else meaningless? The PCs aren't going to care about the tragic backstory of that hyper-aggressive bandit / cultist / wizard / pirate who attacked them on sight and fought to the death; they're just going to loot the corpses, and quite right, too.


If you want to run a combat-based game, then the sensible choice is just to cut all this stuff, and accept that Bandit Bob is never going to be anything more than a speedbump in the party's quest for loot and XP; but if you actually quite like coming up with interesting antagonists, then a more relationship-focused, diplomacy-heavy game will let you get much more mileage out of them. If the general expectation is that very few encounters will go straight to combat, and that the non-violent resolution of conflicts is usually a real possibility, then the PCs are much more likely to actually talk to your NPCs, find out about them, explore how the situation arose, discuss where they might go from here, and so on. Maybe they still end up fighting each other; but if that's one option among many, rather than the standard default setting, then you're much more likely to get to use your NPCs as something more than just a statline, without having to resort to all that garbage where the PCs kick down the door, kill the villain on sight, and then have to learn about who they were and why they were doing what they did from a convenient journal left lying on their desk. ('Dear diary, today I raised an undead army as a way of getting back at my abusive step-father. I hope no adventurers come by and stab me to death!')

Running a game like this means giving up certain other things. In particular, it means abandoning the idea of an adventure as a carefully-based, carefully-balanced series of mechanical challenges, because the idea that the fights with the orcs and the goblins should each use up about 20% of the party's resources and thus weaken them enough for the battle with the giant to be a fair but challenging fight goes out of the window when the PCs might end up making friends with the goblins and persuading the orcs to take up gardening instead. If you're the kind of person who reads OSR blogs, though, you're probably not very interested in that style of play in the first place; and from a more sandboxy, OSR-ish perspective, I think the loss is more than made up for by the increased freedom granted by such a model. If every encounter ends in violence, then you can't put anything into a game which the PCs aren't capable of either killing or evading; but the more possible you make it for players to talk their way through encounters, the more that limitation falls away. Go ahead: put the dragon in the level 1 dungeon! Maybe the PCs trick it. Maybe they befriend it. Maybe they unite the orcs and the goblins and the hobgoblins into a grand alliance against it. One of the key tenets of romantic fantasy is that emotions and relationships are great levellers, and the fact that Kate is a hundred or a thousand times better at killing stuff than Bob doesn't actually matter very much if what Kate wants from Bob is not his death but his love, or his approval, or his understanding, or his forgiveness, or his respect. The more you allow personal motivations like these, rather than brute power and violence, to be the motors that keep your campaign world running, the less you need to worry about power disparities and challenge ratings and all those other new-school annoyances. All it requires is for the GM to trust the PCs to come up with good, socially-based solutions, and for the PCs to trust the GM to present them with situations in which such solutions have a decent chance to actually work.

It's not going to be for everyone. That's fine. But if it's something you might be interested in incorporating into your own games, then hold on for part 3, which will address the all-important question: 'How can I incorporate this stuff into a game of D&D? 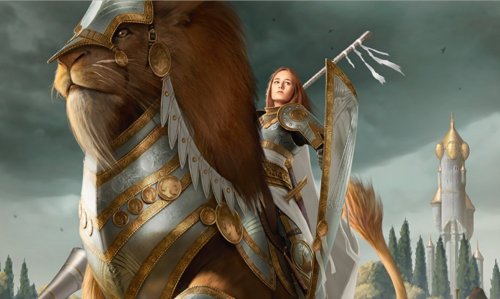 Email ThisBlogThis!Share to TwitterShare to FacebookShare to Pinterest
Labels: Romance