Foes of the Wicked City 7: The Bog Folk

If most people think of the endless bogs of the north-west at all, it is in relation to the most famous things to be found in them, the bronze gods of the frog men: immense clockwork Wisdom Engines built by a now-vanished civilisation, which are revered as divinities by the amphibious humanoids who now live in the region. But something else inhabits the vast wetlands: and the few travellers who visit the region sometimes speak of weird encounters with bizarre, squelching creatures that seem to be composed entirely of freezing mud. They call them the Bog Folk, or the Mud Men. The Bog Folk were born from the ruins of the same ancient culture which built the Wisdom Engines. Among the wonders that they created was an enchanted fountain, whose waters were capable of healing injuries and curing disease; and while long ages have passed since the fountain fell into ruin, its magical waters still trickle through the rubble which once formed its basin, soaking into the surrounding mud and peat. Its power has dwindled over the centuries, and the waters now possess only minor healing properties; but the slow infusion of their life-giving energies into the earth has gradually charged the surrounding bogland with a kind of dim, instinctive life. Today, the marshes around the ruin in which the fountain once stood are filled with a weird vitality; they move, they quake, they sprout waving limbs, they form crude half-faces which attempt to speak in gurgling voices. And it is from this weird half-alive morass that the Bog Folk are born.

They are a magical accident, arising from the vain attempts of the fountain's magic to 'heal' the surrounding peat bog back into a human form that it never possessed in the first place. They look like roughly humanoid figures made of icy peat; the kind of thing a child might sculpt, with crude pits for their mouths and eyes. They don't so much walk as shamble, and their voices are horrible gurgles which sound as though they're drowning in mud. The frog men fear and avoid them, as do the very occasional human visitors to their lands; but despite their disturbing appearance, the Bog Folk are not a violent race. If anything, they tend towards a phlegmatic stoicism, as though rather bemused by the fact of their own existence. They feel no pain, or cold, or lust, or hunger, so they have nothing much to drive them into action. Most of them just doze their lives away, vaguely contemplating the passage of the seasons across the marsh, mostly mistaken for simple lumps of peat by passers-by. 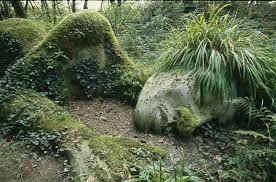 Thus they would have remained, little more than a local curiosity, until an expedition arrived in their territory from a far-off land. Its original aim had been to locate the Wisdom Engines, but an encounter with the murder machines built by the Mad King's worshippers forced them into a change of plans; and now all that the demoralised and desperate survivors were looking for was to escape the bogs with something to show for all their suffering. Mud men seemed as good a prize as any; so they scooped a group of them up into the sealed crates in which they had once hoped to bring back components of a Wisdom Engine, before fleeing the marshes with dozens more of the creatures on their heels.

The stolen Bog Folk were traded from hand to hand; first as oddities and then, after the healing properties of their mud were discovered, as a source of medicines and cosmetics. It was for this purpose that they were ultimately sold to a group of alchemists in the Wicked City, who keep them locked in a sealed lab, and regularly harvest their mud for use as a rejuvenating skin cream popular among the city's elite. By then they had gone through so many owners that no-one was really sure where they had originally come from; and while the competitors of the alchemists who owned them would very much have liked to undermine their monopoly, they had no idea where to start looking for mud men of their own.

But the Bog Folk were more persistent. Hiding their faces of frozen peat in filthy rags stolen from the settlements on the edge of the swamp, they stumbled from village to village, town to town, asking after their lost brethren in their horrible, gurgling voices. It took years for them to pick up the trail, but they had no shortage of time. They learned. They travelled. Gradually, they became more skilled in imitating the humans among whom they moved. From the swamps to the taiga they went, and from the taiga to the steppe, and from the steppe to the desert - until finally, after many years and many, many miles, they came to the gates of the Wicked City.

They will find their stolen kin. And they will bring them home.

There is a Master of Mud: You can play one of the Bog Folk, if you want to, although you'll want to keep your true nature hidden under concealing clothing most of the time, lest you be carried off by profit-crazed alchemists and used to manufacture soothing, rejuvenating face creams for the very rich. Game information is as follows:
Bog Folk Summary Table 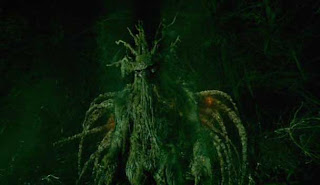