Derek Holland, author of Basilisk Goggles and Wishing Wells, evidently liked the review I wrote of it enough to send me his latest ebook, Sinister Serpents: New Forms of Dragonkind. It's 29 pages long - 24 pages of content plus five of front and back matter - and it contains Labyrinth Lord-compatible write-ups of 38 new types of dragons. As you'd expect, the statblocks are very minimal (and, frankly, you could usually have worked out most of the stats yourself based on the accompanying descriptions), so essentially you're paying $6 for thirty-eight two-to-four-paragraph dragon ideas. This makes me slightly wary of saying too much about the dragons themselves, as basically every time I mention one I'm giving away just under 3% of the book's content for nothing... 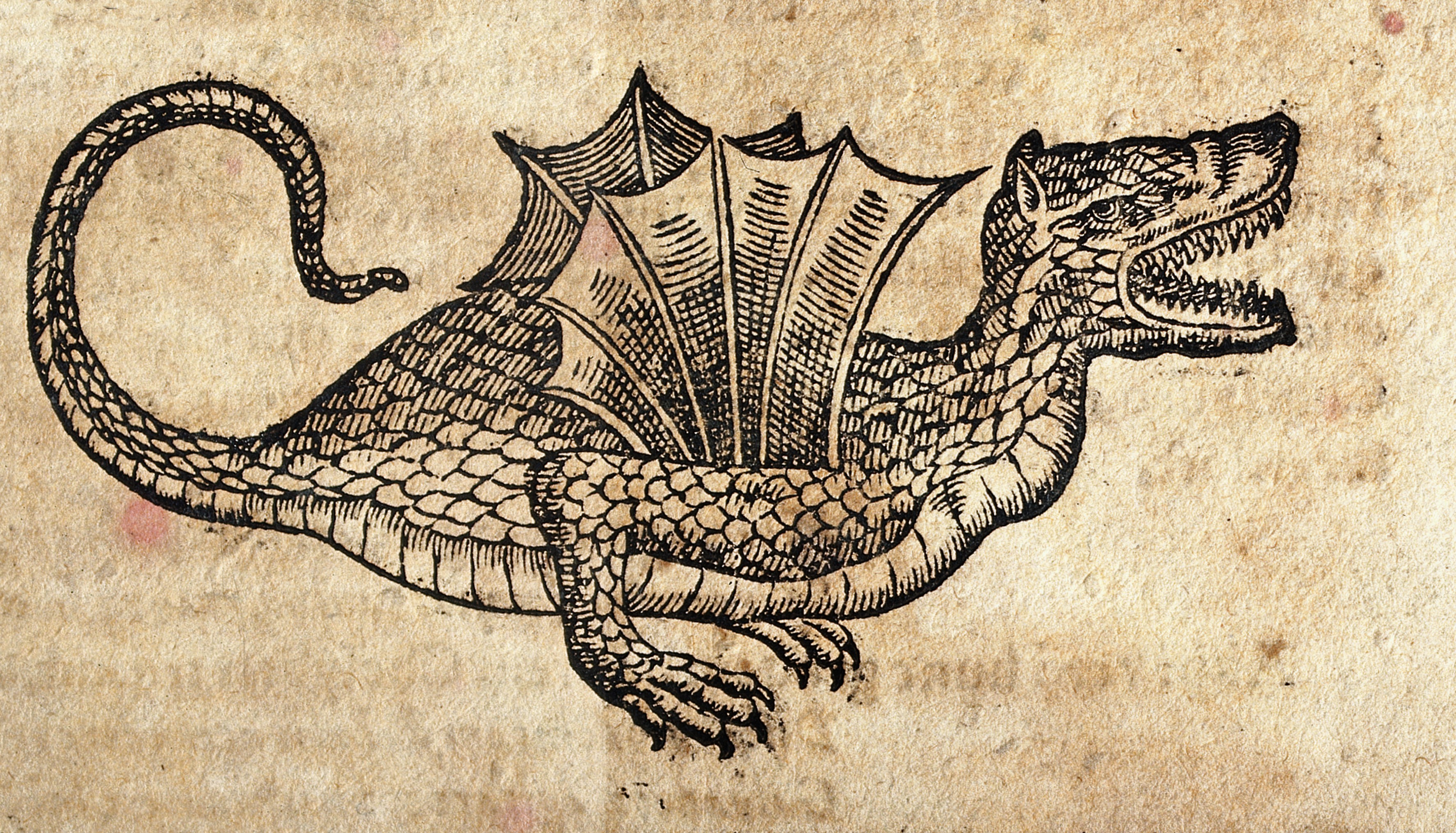 The traditional way in which writers have diversified D&D's stable of dragons is via combat role: stronger dragons, weaker dragons, dragons with weird special abilities, dragons which use obscure energy types as breath weapons, and so on. Sinister Serpents takes a different approach: it diversifies dragons via ecological role. Stat-wise, they're mostly pretty similar: they have good AC, a high number of hit dice, claw and bite attacks, and a breath weapon that fucks you up. But the roles they play in the world are diversified: there are dragons as natural disasters, dragons as ambush predators, dragons as symbiotic parasites, dragons as natural resources, dragons as industrial powerhouses, dragons as community protectors, dragons as factors in geological and ecological development, and so on. It's an original approach, and one that I think has more to recommend it than the traditional 'dragon that breathes [X] instead of fire' method. How useful it will be, on the other hand, is ultimately going to depend on how much of a role you want dragons to play in your campaign.

This comes back to a point I've made before: the bigger a monster is, the less useful it tends to be in actual play. A game needs many minions but few boss monsters, and the bigger a monster is, the more it tends to shut down play in the game-world around it. The nature of power is to limit action within its range of operation: that's what power is, the ability to decide that things will happen in this way rather than that way and actually have that take place. As the monster in the next room gets more dangerous, an ever-increasing number of ways in which your PCs might want to approach the situation get overwritten with 'no, it'd just stomp on us'. A certain amount of such constraint is essential to spark player creativity, but too much of it leaves players with very little room to manoeuvre.

The dragons in this book are still mostly basic D&D-style creatures with 8 HD or thereabouts, tough but still eminently killable, rather than the mega-monsters which dragons would go on to become in later editions of D&D. But they're still dragons: and they are, with a few exceptions, big and powerful enough to make a pretty big impact on the world around them. Their special abilities are mostly similarly flashy, powerful enough to exert a significant influence upon the local landscape or economy or ecology. They're a big deal. How many big deal dragons do you want in your game? How many do you need? How often do you want the answer to major questions about the way your campaign world works to be 'a dragon did it'?

If the answer is 'loads', or even 'quite a lot', then you'll probably enjoy this book, which is full of weird dragons who can affect their environments in all kinds of interesting ways. If it's 'not very often', then... well... you'll probably still enjoy it, because there are some nice ideas here. But you might struggle to make use of many of them in actual play!
Posted by Joseph Manola at 00:54

Email ThisBlogThis!Share to TwitterShare to FacebookShare to Pinterest
Labels: Almost a review, Monsters