Major injuries: what doesn't kill you makes you stranger

In yesterday's game, one PC was rescued from captivity by the party, but not before undergoing some pretty severe torture. This presented me with a bit of a quandary: having him simply bounce back from such an ordeal after a couple of Cure Light Wounds spells felt wrong, but at the same time I didn't want the consequences to feel like a punishment. (The problem with most 'lasting injury' rules is that they make you weaker as a consequence for failure, which makes you more likely to fail again in future, which makes you even weaker... realistic, no doubt, but not what most people are looking for in fantasy adventure games!) In order to model what I think of as 'comic-book trauma' - the kind where undergoing severe physical suffering makes you different without necessarily making you less capable - I thus proposed the following off-the-cuff house rule: 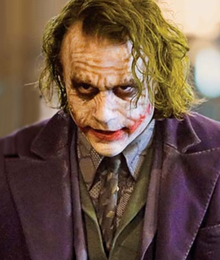 1: When a character undergoes life-changing suffering (not just a regular injury, but an ordeal so severe that they will never quite be the same again), roll 2d6 of different colours. Declare before rolling which one is the good dice and which one is the bad dice.

2: The good dice shows how the experience has changed you for the better, as follows:

3: The bad dice shows how the experience has changed you for the worse, as follows:

4: If you roll a double, then you've somehow passed through your ordeal largely unscathed. In retrospect it probably seems more like a bad dream than something that really happened.
(Naturally, in yesterday's session my player rolled a double and the whole thing was wasted, but we might use it again in future...)
Do note that using these rules freely enough will increase the chances of characters drifting towards the extreme ends of the stat distribution range, though this is probably pretty appropriate for people who've been through as many extreme experiences as they have!
Posted by Joseph Manola at 14:34 21 comments: