Notes on a semi-successful skill system

When I finished my Team Tsathogga campaign back in 2019, one of the things that I noted afterwards was the extent to which fighters had struggled to keep up with magic users as the game progressed into the higher levels. At the time, I wrote:

One quick and dirty fix that I'm considering is to let each fighter pick a new area of noncombat competency every time they go up a level, so that by level 8 or so they're less 'meat-shield' than 'Batman', although mastering entire new fields of knowledge every few months does rather strain my disbelief.

When I started my City of Spires campaign shortly afterwards I put this into practise. In this campaign there are three classes, Fighter, Magic-User, and Cleric. Magic-Users and Clerics get spell slots. Fighters get extra hit points, to-hit bonuses, and a skill slot every level. Spending a skill slot on something means you are really good at that skill, and will always succeed at attempts to use it except under severely adverse conditions. If you have the Climbing skill, for example, you can automatically climb any normal surface you encounter, although doing so quickly or quietly might still require a Dexterity check. New skills have to be something your character could plausibly have learned, although given the vast lengths of game-time the campaign has covered (twelve in-game years and counting) this has seldom been a major obstacle.

Here's how it worked out in practise. 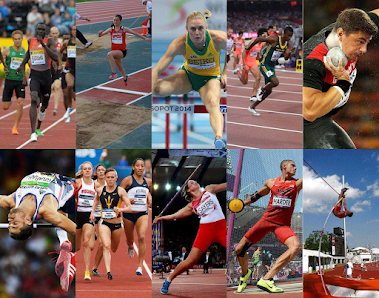 At low levels this system worked great. Three level 1 fighters might have almost identical combat stats, but if one of them is great at Running and one of them is great at Climbing and one of them has Heightened Senses then the roles they play in actual play will be totally different. These skill choices worked powerfully to help distinguish mechanically-similar characters, and helped each character make distinctive contributions to the problems they encountered. By level 3 or so I was feeling pretty good about the system as a whole.

As the PCs carried on advancing, the skill system continued to do a good job of letting PC fighters keep up with magic-users in terms of their contributions to problem-solving. But we increasingly ran into a problem: adventuring life being what it is, certain situations just keep coming up, and so it became logical for everyone to start developing a fairly similar set of skills.

When you only have one choice you might legitimately take either Climbing or Hiding, but once you have six choices most PCs tended to converge on a broadly similar package of skills dealing with perception, mobility, and stealth. Hiding, Move Silently, Tracking, and Night Vision isn't identical to Climbing, Camouflage, Riding, and Heightened Senses, but it's not that different, either - they're both 'sneaky scout' skill sets. Even characters who were determined to develop in other directions often found they only needed 3-4 skill slots to complete their concept: the party builder, for example, took Scavenging, Tinkering, Tunnelling, and the surprisingly useful High-Speed Barricade Building. After that he just spent his skill slots on stealth, mobility, and perception abilities like everyone else.

The difference between having one skill slot and having two was huge, but the difference between having seven and eight was minimal. Most 'adventurer' concepts really only needed 4-6 skills to cover the main bases, so at high levels players were often unsure what to spend their skill slots on - sometimes they'd just say 'I'll think about it' and then leave them unspent for several sessions. This led, in turn, to the rise of 'reactive skill learning', with players saying things like: 'hang on, I've got a couple of spare skill slots. I can spend one of them on Woodworking and then carve the idol that the ritual needs!' (I tended to permit this as long as the skill was one they might plausibly have learned, given their background, concept, etc.) Also, by this point the magic-users had so much magic that mundane skill mastery was getting progressively less important. Thorny problems tended to be solved by throwing huge amounts of utility magic at them, instead.

For a game that probably won't go beyond level 5 or so, I think this is a good system, allowing fighter-types to clearly differentiate themselves from one another in ways that add very little mechanical complexity but have a large impact on actual play. At higher levels, however, it increasingly broke down. If I were to use it again I might let high-level characters (7 or above, perhaps) 'double down' on a skill, spending a second skill slot to elevate it to near-superhuman levels. Alternatively I might let high-level characters to trade unused skill slots for some other benefit (e.g. a bonus to hit points or saves), to avoid the embarrassment of just having them piling up unused on the character sheet. Either of these would still allow someone who wanted a true 'Renaissance man' PC to just keep broadening their skill set, without requiring every high-level fighter to do the same!