Bronze Gods of the Frog Men!

So, when most people think of Siberia, they just think of taiga. Endless, endless taiga. What they don't realise is that the whole of the West Siberian Plain is actually the world's biggest marsh!

So, what kind of fantasy civilisation might take root in such interminable wetlands? The traditional go-to answer for fantasy swamp-dwellers is 'lizard men', but lizards are cold-blooded and would never thrive in a place like this. Frogs do OK, though.


So: Siberian frog-men. They live in immense temperate marshlands that sprawl on pretty much forever, somewhere to the north-west of the Wicked City. Resources are scarce, so they're not going to have any kind of highly developed frog-man empire: instead they live in little half-submerged villages, hunting and fishing and guarding their communal spawning pools. When they have to, they fight with wooden spears, although on the rare occasions when they come under attack they prefer to just swim off into the middle of deep pools or pathless bogs where no human would ever be able to follow them. The marshes are a nightmare for horses, anyway; and this, combined with the fact that the frog-men have pretty much nothing worth stealing, serves to keep most of the more aggressive steppe clans from ever bothering to invade.

The frog-men have a religion. They worship giant bronze heads with clockwork brains.

They didn't build the bronze heads: their legends say that when the first frog-men arrived, the heads were there waiting for them, presumably constructed by the same long-fallen civilisation which built the God Soldiers. (Quite possibly the frog-men were constructed by that civilisation as well, to tend or populate the aquarium of some long-dead sorcerer-king.) Those of the heads which are still able to speak refer to themselves as Wisdom Engines, and claim that they were built by the ancients to calculate the answers to complex magical, mathematical and philosophical problems. Many of these Wisdom Engines have since fallen into total ruin, but each of the functional ones now serves as a makeshift god to a whole tribe of frog-men, answering questions, settling disputes, and dispensing oracles. In return, the frog-men technician-priests maintain and repair them as best they are able, winding up their mechanisms each morning, looting spare parts from the broken heads to replace worn-out mechanisms, and following the technical instructions issued by the Wisdom Engines themselves. They are intensely proud of their gods, and will defend them to the death.

Here are some of the Bronze Gods of the Frog Men.

The Serene Astrologer: Its beautiful androgynous face has the serene smile of a great bronze Bodhisattva. Its clockwork eyes are turned towards the heavens. Several thousand years ago it was given the task of observing and calculating the movement of the stars and planets, and has been doing so ever since; it will answer the queries of its followers during the day, but at night it falls silent, devoting its full computational power to processing yet more astronomical data. Each morning it recites a whole mass of figures which it has calculated during the night, but as its worshippers lack any written language they have no way of recording these, so the data is always lost. It recites these figures in a sharp, staccato rhythm, which its technician-priests use as dance music. At the end it always states: 'Percentage Accuracy: ninety-nine-point-nine-nine-nine-nine-nine-nine-nine-nine-nine-nine...' The nines go on for quite a while. The frog-men like to headbang along with that bit.

It is relatively sane, but not very interested in earthly matters. 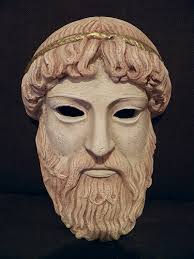 The Mad King: Its face is proud and regal and demands respect. It speaks in great booming words like the sound of mighty trumpets. Its clockwork brain is catastrophically damaged. It is pretty much completely mad.

The tribe of frog-men who worship the Mad King are the most dangerous in the whole marsh. Their deranged god is functional enough to realise that there is something wrong with its calculations, but too damaged to attribute this failure to its true source: instead it is convinced that some conspiracy of saboteurs must be targeting it, and frequently demands that its technician-priests make scavenging runs to the ruins of other Wisdom Engines for clockwork parts, which the Mad King tells them how to make into killer robots. These murderous walking scrapheaps infest the swamps for miles around the Mad King, constantly hunting for imaginary 'saboteurs'. They're slow, and poorly-constructed, and extremely badly suited to the marshland terrain in which they operate, but if you get too close then they are quite capable of burying a perfectly-functional buzzsaw in your guts.

The bits of the Mad King's clockwork brain which still function are mostly those relating to matters of engineering and similarly practical matters. Its worshippers come to it for advice in all matters of architecture and construction, and accept the regular building of killer robots as simply the price they have to pay for their god's assistance.

The Joyful Maiden: Its face resembles that of a beautiful young woman, and its musical voice sounds like a fanfare of joyful trumpets, even when its actual words are anything but happy. It is working on some horribly complicated mathematical problem which was assigned to it by its original maker, turning its immense computational powers to the task of brute-forcing a solution. Anyone whose mind wasn't made of clockwork would probably have concluded centuries ago that the problem was insoluble; but the Joyful Maiden is convinced that it's going to make a breakthrough any day now, and happily explains its work to anyone who's prepared to listen. Its frog-man worshippers may be primitive stone-age hunter-gatherers, but they are also some of the most advanced pure mathematicians in the world.

For the most part, the calculations of the Joyful Maiden only require part of its clockwork brain. While these gears hum away at the back of its head it is approachable, and even chatty, happy to help its followers address the thorniest of practical and logistical problems. (Its solutions tend towards brutal pragmatism, but that's a kind of logic that hunter-gatherers understand and respect.) Whenever it hits an especially demanding bit of calculation, however, it turns its entire brain to the job, sometimes breaking off in mid-sentence; its bronze eyes close, and all the wheels of its giant clockwork brain begin spinning furiously. The frog-men know better than to disturb their god when it is in these states, which sometimes last for weeks on end. A couple of its self-defence systems still work, and it will turn them on anyone who tries to interrupt its calculations.

Few outsiders know about the Bronze Gods of the Frog Men. Their marshes are in the middle of nowhere, and not exactly inviting to travellers; the poverty of the frog-men makes them unappealing to raiders and merchants alike, and would-be empire builders agree universally that conquering an immense cold swamp full of amphibious savages is far more trouble than its worth. The frog-men themselves suffer terribly if their skins dry out, which makes them unwilling to travel far from their marshy homes. But there are rumours. The scholars of the great cities know from ancient books that, once upon a time, there were such things as Wisdom Engines. They hear the stories lost travellers tell, about the giant bronze heads in the swamp, and they wonder. They look at the engineering problems they have broken their heads and their hearts over, and they think: If only I had a Wisdom Engine. I bet it could solve a problem like this in minutes. If only I could find one that still worked...

Expeditions have been organised. So far, they have all ended in failure, lost in the swamps or cut to ribbons by the Mad King's killer robots; but someone usually makes it out of the marshes alive, and each time the maps are better, the plans more sophisticated, the travellers better-equipped. Sooner or later, one of them is going to make it.

In fact, one such expedition is being organised right now, under the patronage of one of the Greater Ministries of the Wicked City...
Posted by Joseph Manola at 09:28