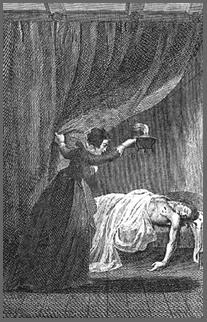 So - the reason for the ghoul-blooded class write-up in my last post is that I have been reading Gothic novels. The original ones. From the eighteenth and early nineteenth centuries.

If your players ever tell you they want more 'gothic horror' in your D&D game, roll on these tables and inflict the resulting plot on them in your next session. If they complain that it makes no fucking sense then smile and nod and explain that you are being authentic. 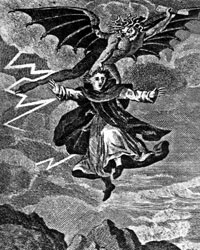 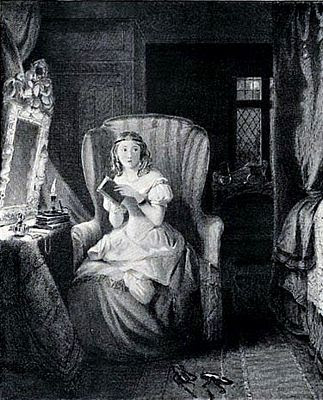 (Reading list: The Castle of Otranto, The Hermitage, The Castles of Athlin and Dunbayne, The Sicilian Romance, The Romance of the Forest, The Mysteries of Udolpho, The Italian, The Monk, Gondez the Monk, The Monk of Udolpho, Horrid Mysteries, Vathek, The Castle Spectre, Melmoth the Wanderer, The Abbess, Frankenstein, The Vampyre, St Leon, St Irvyne, Zanoni, Zastrozzi, Zofloya, Memoirs and Confessions of a Justified Sinner, The Cenci, Manfred, Marmion, Tales of Wonder, The Monastery, The Bride of Lammermore, The Lay of the Last Minstrel, The Ghost-Seer, The Robbers, Klosterheim, Caleb Williams, The Inquisitor, The Three Spaniards, The Horrors of the Priory, The Abbess 2: Roman Catholic Boogaloo, Northanger Abbey.)
Posted by Joseph Manola at 14:54