The Abaasy are the demonic beings which haunt the mythology of the Sakha or Yakuts, the Turkic inhabitants of eastern Siberia. Descriptions of them vary, but they are most famously described as monstrous creatures with one arm, one leg, and one eye. They are the inhabitants of the underworld, and servants of the powers of darkness; in the Sakha epics they are the enemies of the heroes and heroines, while in other Sakha folktales they serve as punishers of those who sin against the world of the spirits. In the epics there are whole tribes of them, living in clans, and riding to war on dragons against the heroes of Yakutia; in other tales they are more like spirits, lurking in dismal and unlucky places, bringing madness and disease and death. So I'm going to treat them as two related monster types: Abaasy proper, and Abaasy ghosts.

So: in ATWC, the Abaasy are the demons of the deep taiga. Some scholars who hear of them speculate that they are purely symbolic, a poetic representation of the idea that a soul given over to evil is only half-human, the positive half of it having withered away; but, sadly, they are all too real, having ridden out of the underworld on their two-headed, eight-legged lizard-beasts uncounted generations ago. Their lives resemble those of humans in many respects, in that they live in clans, herd livestock, fish in rivers, hunt game, and perform shamanic rituals to propitiate the (inevitably evil and vindictive) spirits which watch over them. But on closer examination, the similarities fall away: their interactions with one another are mere brutish hierarchies of dominance rather than actual relationships, and their chief motivations appear to be lust, greed, and rage. Contact between human and Abaasy tribes usually ends up flaring into warfare, with the Abassy launching raids to seize humans for use as slaves or food. Individual Abassy are much stronger than men, and just as intelligent, but cunning humans are often able to play upon their lustful, greedy, and generally foul-tempered dispositions to lure them into actions which lead them to self-destruction.

Abaasy live primitive and squalid existences. They practise only the crudest forms of metalwork, which frustrates them deeply, as they are acutely conscious that they would be much better at hurting people if only they could make metal swords and guns of their own. They fight with clubs and sharp wooden spears, which they throw with horrible accuracy. They almost never bother with armour, trusting to their own hard, iron-grey skin to protect them in combat.

Abaasy get on badly with horses: instead, they breed great two-headed, eight-legged lizard monsters to use as mounts. The secret of breeding and taming these savage beasts is known only to the abaasy, but a skilled human rider might eventually learn to ride one if such a creature could be captured in battle. The beasts ridden by Abaasy chiefs are often high-quality.

Cruel and dangerous though living Abaasy are, however, the dead ones can be much, much worse. Being creatures of the underworld, they find the passage between the lands of the living and the lands of the dead much easier to navigate than humans do; and the most vindictive of them often come creeping into the world before their births or after their deaths in order to plague the living, unencumbered by their physical forms. These spiteful Abaasy ghosts haunt old, abandoned burial grounds and other unlucky places; treat them as spirits, except that the only offering they ever desire is blood. Anyone who enters the territory of an Abassy ghost without making a suitable blood offering must make a FORT save and a WILL save, with results as follows:


A shaman can bargain with ghost Abaasy just like any other evil spirit. They flee from the presence of genuinely holy individuals. 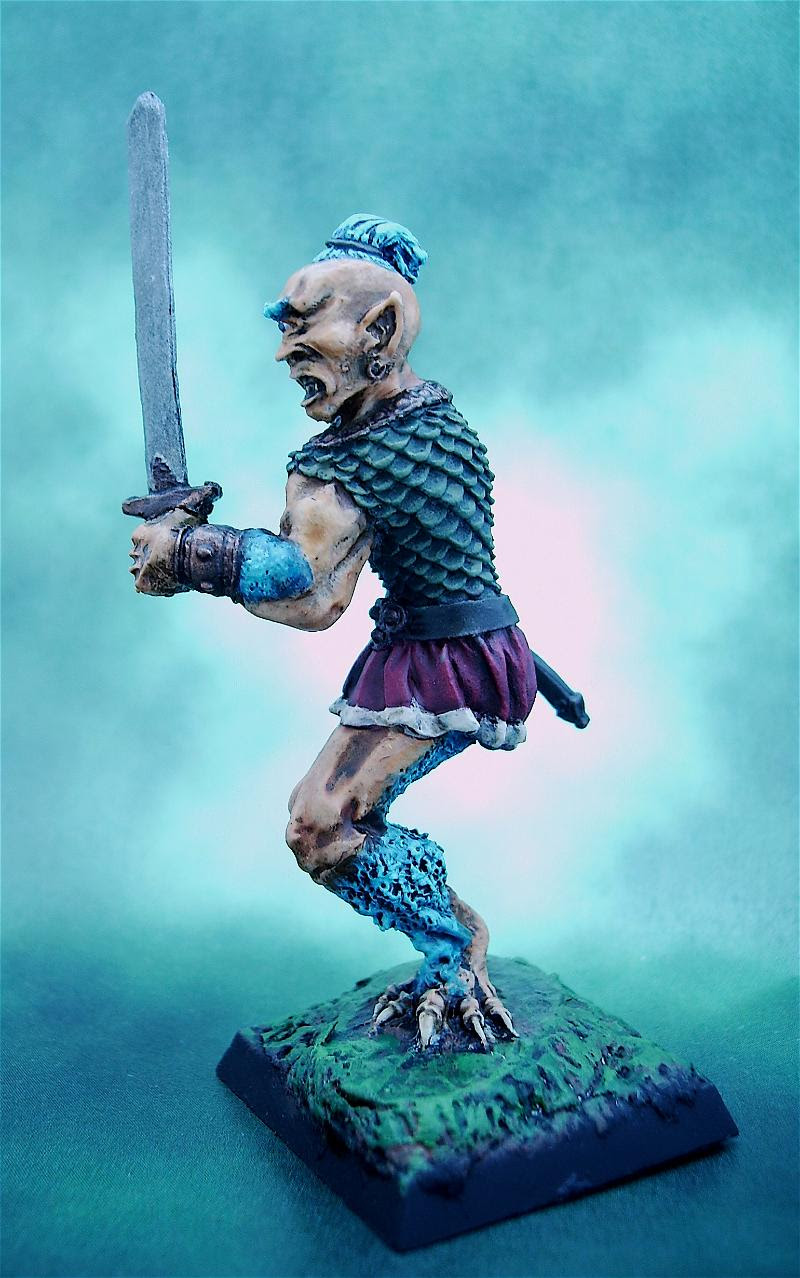