The Third Side of the Story

Recently I was looking at the world map for my current game, and wondering what to put into some blank areas near the Orc Territories, and I thought: 'Maybe I can steal something from World of Warcraft?' After all, back in the day, I played the damn game for the best part of a year. In that time, I played through something like fifty zones worth of content: well over a thousand quests, all told, taking in everything from science fantasy to Gothic horror. Surely I could find something worth using?

But I really struggled, and I found it was almost always for the same reason: the set-up for virtually every zone was 'this area is a [biome] where the [whatevers] are fighting the [whatevers]'. Orcs vs. humans. Zombies vs. werewolves. Dwarves vs. trolls. Druids vs. cultists. They barely even qualify as ideas. A random generator could spit them out by the hundred. 'In these mountains, the goblins must battle with the minotaurs!' 'In these jungles, the elves must battle with the centaurs!' And so on, and so forth, forever.


The trouble with this sort of straight-up warzone, in which you just pick a side and march off to beat up the dudes on the other team, is that there's so little scope for complexity. Unsurprising for an MMO that evolved from an RTS wargame, but disappointing from an RPG perspective: there's just nothing to get stuck into. The one area which felt like an exception was the plaguelands, where, for once, the situation was much more complicated. I'm no expert on Warcraft lore, but from what I recall from playing through the area about seven years ago, the set-up was something like this:

See? Complexity! Multiple factions, only one of which is obviously villainous. Goals which aren't necessarily mutually exclusive, unlike the tiresome turf wars which dominate most other areas, in which your gain is necessarily someone else's loss. A genuinely open situation, which could end up being resolved in any number of ways, rather than just having a single predetermined 'victory condition'. That's a setting worth playing in. (Of course, WOW turned it all into a series of tedious kill-the-baddies slogs, but that's MMOs for you.) 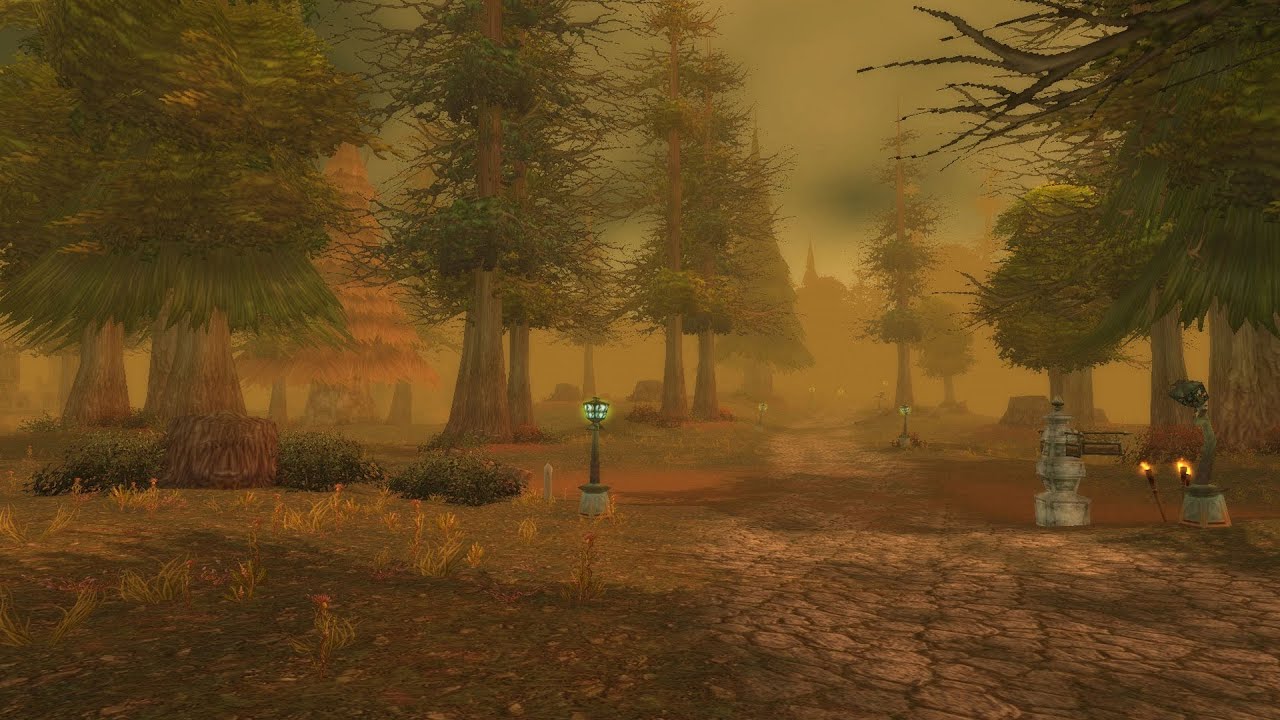 You don't need this many factions... but I think almost any scenario is enhanced by having at least three, or two if the PCs are effectively a 'faction' of their own. (A straightforward warzone is fine if the objectives of the PCs are orthogonal to those of both warring sides.) If it's just us and them, red team vs. blue team, then it's much harder to create situations more interesting than... well, than those you'd find in the average MMO. Everything in World of Warcraft is built around providing excuses for you to kill things: everywhere you go you find populations who have been driven mad by pain, or rage, or spiritual corruption, or magical pollution, or brainwashing, or whatever, rendering all their previous affiliations meaningless, and transforming them all into interchangeable manifestations of The Enemy. I'd argue that this is the exact opposite of the approach a tabletop RPG should take: instead of looking for opportunities to assimilate different groups into 'the enemy', it should seek every opportunity to dis-aggregate 'the enemy' into multiple different groups, thus opening up spaces for stories and solutions other than us vs. them hackfests. Wargames and computer games are better at those anyway.

Three factions. That's the minimum you need. The good, the bad, and the ugly. The red team, the blue team, and the PCs. The Wicked City has thirty-one factions, many of them riven with internal subdivisions. You don't need that many. But I think that you do need at least three.

Otherwise you might as well be playing World of Warcraft...
Posted by Joseph Manola at 03:03