Not the one from Creepypasta. That would make for an extremely odd D&D game. ('Leave the ogre to me, guys! I'll sneak into his house and spend three months whispering subliminal messages to him in his sleep!')

I've always thought it was a pity that D&D lacked a proper 'socialite' class. (Bards don't count. Everyone hates bards. Even you.) Having spent the last week marking essays on Restoration-era literature, it occurred to me that the classic 'stage rake' of the period might actually be a pretty good fit: after all, these are people with no meaningful attachments who go wandering around the world, getting into stupid adventures, and then talking (and, if necessary, fighting) their way out of them. They imply a seventeeth- or eighteenth-century-style setting rather than a strictly medieval one, but it's not as though D&D isn't super-anachronistic already.

The trick of modelling all this is to find a way of doing it that doesn't involve any kind of social skill system or 'social combat', as either of those would be powerfully antithetical to the OSR principle of primarily representing talking to people by talking to people rather than rolling dice. So here's my attempt, which is built on the assumption that what makes a good social specialist isn't bonuses to numbers, but talents that let you get into situations where you can use those social solutions in the first place...

To-Hit, Hit Dice, Saves, Experience Per Level, Weapons and Armour: All as per Thief.

Silver Tongue: You get +1 to reaction rolls from anyone who you can talk to in a language that they can understand.

Ways of the World: Starting at level 1, pick one talent from the following list. Pick an additional talent each time you advance a level. The talents you can choose from are as follows:

Actor: You have a talent for performance and impersonation. If you can present yourself in some kind of plausible disguise within a situation where it makes sense - dressed as a priest within a temple, dressed as a servant in a large house, etc - then people will always assume that you are who you appear to be unless and until you give them a strong reason not to. If you take an injury which reduces you to less than half your maximum hit points, you can attempt to 'play dead' by rolling 1d20: if the result is equal to or less than your Charisma + your level, then you will appear to be dead until you move or are closely inspected, which can be handy for setting up getaways or sneak attacks.

Connected: You know a guy who knows a guy. If you want something (items, information, invites to parties, etc) which could possibly be obtained in your location for the right price, then you know someone who can obtain it for you. (Of course, there's no guarantee that you'll be able to afford it!) Even if you find yourself in a completely alien environment, you will somehow manage to establish a network of guys who know other guys within 1d6 days of your arrival.


Disguise Artist: With the aid of a box of makeup and a bag of props, you can quickly and effectively disguise yourself as belonging to a gender, ethnicity, or medium-sized humanoid species other than your own. Your disguise won't pass close inspection, but it will pass muster in any casual encounter unless the people you meet already have reason to be very suspicious of you. Can be used in conjuction with 'Actor' to get into places you really shouldn't be.

Drunkard: You have a phenomenal ability to consume alcohol, and do so constantly. You suffer no ill-effects for being drunk, and once per day you can heal yourself (1d6+1/level) HP by taking a drink 'for medicinal purposes'. You are also a wonderful drinking companion, and anyone who you spend a few hours drinking with will regard you as a friend unless and until you give them a strong reason not to.

Duellist: All those fencing lessons paid off after all! Whenever you're in a one-on-one battle with a single opponent, you get +1 to hit and damage: this bonus ends as soon as either of you attacks or is attacked by anyone else. Anyone who sees you fight a formal duel (whether to first blood or to the death) will regard you as a person of courage and honour unless and until you give them a strong reason not to.

Expensive Education: You know one first-level magic-user spell, which you can cast once per day. You also have a head full of famous quotations and random bits of vocabulary in old languages. By dropping a few learned remarks, you can give the impression of being an expert on any given subject, which will last until you do something to make it obvious that you are not. (A real expert, however, will see through your charade as soon as they put it to the test.)

Fast Talk: Through dazzling use of wit and word-play, you can persuade people of all kinds of crazy shit... briefly. Listeners get a saving throw: if they fail, they will believe your lies and excuses unless it is obviously impossible for them to be true. 1d6 minutes later they will realise that it's all nonsense, at which point they'll be very angry with you, and will be immune to subsequent uses of your fast-talk ability. Make every second count!

Fop: You have such beautiful clothes... and you wear them so very, very well. If you are wearing something awe-inspiringly fashionable and impractical (which precludes the wearing of armour), you will always automatically be the centre of attention wherever you go, and cannot be upstaged by anything short of actual disaster or attack.

Hauteur: You behave with such natural authority that everyone will always assume you're in charge unless it's really obvious that you're not. In any kind of emergency situation, people will naturally look to you to tell them what to do, and will usually go along with your plans unless they're obviously terrible. Your hirelings and followers gain +1 morale.

Libertine: You pride yourself on your mastery of sex and seduction. If an NPC might plausibly be interested in a casual sexual encounter with someone like you, then you can seduce them in 1d6 hours. (They get a saving throw if they want to but know they really shouldn't.) If you then spend another 1d6 hours showing them a good time, they will be very positively disposed towards you for as long as you continue to shower them with attention, affection, and sex, and will grant any reasonable requests or favours you might ask of them. Their attitude towards you will reverse as soon as they become aware that you have taken another lover (unless they're into that sort of thing, of course), or as soon as you begin to neglect them.


Mohock: Your misspent youth was spent as an aristocratic street thug and hellraiser, terrorising the city streets by night. You gain +1 to-hit and damage with clubs and knives, and take no penalties for fighting in poor light, although full darkness blinds you just like anyone else. Once in your life you may call in a single favour from the Emperor of the Mohocks, a shadowy and near-mythical figure who is said to wield great influence in aristocratic and criminal circles.

Raconteur: You are a master story-teller, capable of holding an audience spellbound (and thus distracted) for up to 1d6 hours. Any vaguely plausible stories you tell about your own exploits will always be believed unless and until evidence is presented to the contrary.

Rover: You've been everywhere, and you are very, very good at fitting in. Even if you have no language in common, you can always establish basic communication with any intelligent creatures through a combination of gesture and pidgin speech. If a group or a population is negatively disposed towards you because of your ethnicity, religion, species, etc, then after 1d6 hours of non-violent interaction with them you'll have picked up so many of their mannerisms that they'll regard you like one of their own. (They still might not like you, of course, but it'll be because of what you've done rather than because of who you are!) 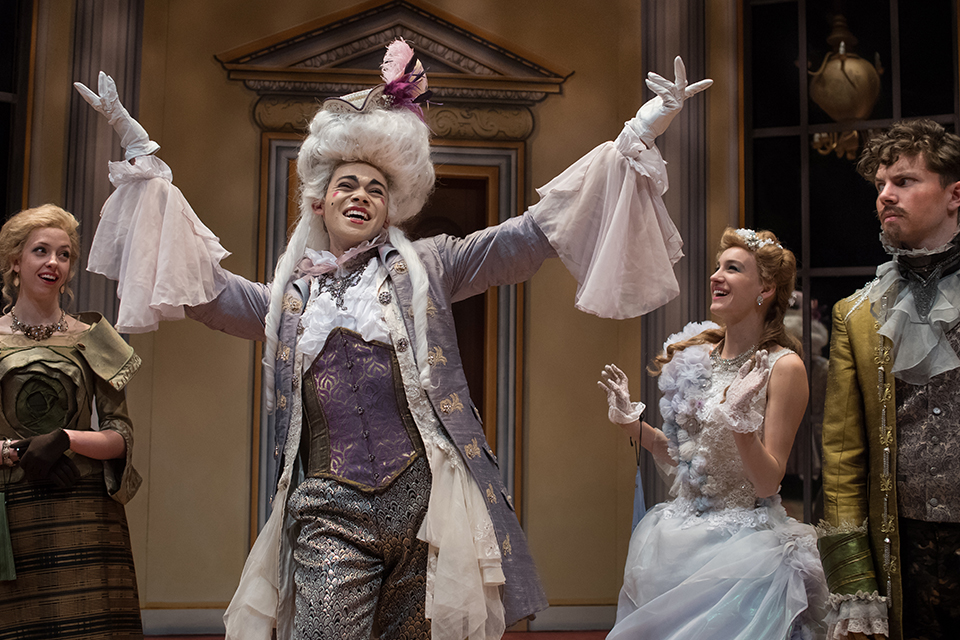