I am writing the post on romantic fantasy that I promised, but it's proving to be much longer and more complicated than I expected. It may have to end up as a series of posts rather than just one. So in the meantime, you get filler content, in the form of a bunch of random tables I've posted on forums over the last few months in response to various people's requests for ideas. None of them have anything to do with ATWC, but I kinda like the frogs in hats. 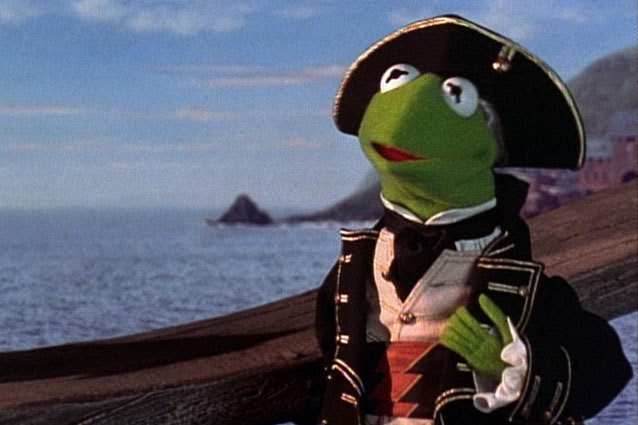 So, first up, some (mildly) weird fantasy. Some guy asked for suggestions for stuff to place in a 'gonzo fantasy' continent, so I wrote...

1: The shattered remains of a domed city, wrecked by some inconceivable violence in ages past. It's inhabited by feuding clans of vicious sophisticates, who engage in brutal turf wars among the shattered streets in the intervals between making sniffy comments about one another's clothes. Each gang cultivates its own outlandish style, but all of them replace their fingernails with surgically-implanted fragments of glass, scavenged from the wreckage of the city's shattered dome. These glass claws also serve as their weapons of choice in their all-too-frequent bouts of internecine violence.

2: The Bullywug Floating Republic, an immense armada of ships, boats, and floating platforms that gradually floats counter-clockwise around the whole edge of the continent, completing one circuit every three years. It's run by a hierarchy of fanatically disciplined Bullywug sailors, who dress like 18th-century naval officers (complete with bicorn hats) and are obsessed with keeping the flotilla moving on schedule: anyone slowing it down will be court-martialled and probably shot. They are the continent's greatest masters of shipbuilding, navigation, gunnery, and cartography, but no-one likes dealing with them because the Bullywugs keep looking at their pocket-watches and making tutting noises. Buying temporary citizenship of the Republic (1 gp per day, rations not included) is a slow but reliable way of travelling from one seaport to the next.

3: A procession of robot pilgrims declare that they're on their way to some distant shrine, and will explain at enormous length that their faith is purer than that of any human because they have been programmed to feel no doubt. They enthusiastically invite passers-by to join them, waxing eloquent on the many wonders that they hope to see when they finally reach their destination. The shrine they're going to was swallowed whole by a giant space dragon several hundred years ago. Their pilgrimage will never end.

4: A frozen lake, surrounded on all sides by temperate, sunny plains. Inside it can be glimpsed the forms of huge aboleth, entombed in the ice; they're still alive, down there, and anyone getting too close will hear their psychic voices calling in their minds, begging to be cut out and released. The gnoll tribes nearby are overwhelmingly paranoid about aboleth influence after some very bad experiences in the past, and will inflict crude lobotomies on anyone acting suspiciously in order to ensure that they're not mind-slaves of the monsters in the ice.

6: Vast networks of mineshafts, dug out by countless generations of kobolds, keep running into the unbreakable bones of some unimaginable creature. As far as the mine engineers can tell, the skeleton appears to be that of some kind of colossal lizard-beast, at least three or four miles long, but their picture of what it must have looked like in life keeps having to be revised as they run across new bone structures that don't seem to fit. A lunatic cult which lurks in the nearby woods believes that the creature is the earthly form of their horrible monster-god, and that when it is fully excavated their prayers will return it to life to rampage across the world, drowning the nations in glory and death. The kobolds occasionally debate whether they should stop digging around it, just in case, but the ore veins are just too rich to turn down...

Then there was the guy who wanted help with stocking the hexes of his Greek Heroic Age hexcrawl, and some suggestions for 'random village problems' the PCs might run into, so I wrote...

Then there was the guy who wanted suggestions for stuff that you might find in a post-apocaylptic fantasy landscape. So I wrote:

Table 4: Stuff To Find After a Fantasy Apocalypse (roll 1d10)

(I totally reused some of these ideas for table 1.)


Finally, some guy had a setting with loads of little principalities and was asking for suggestions for ways to differentiate them from one another, so I wrote: