When all else fails, try burying wooden dolls! 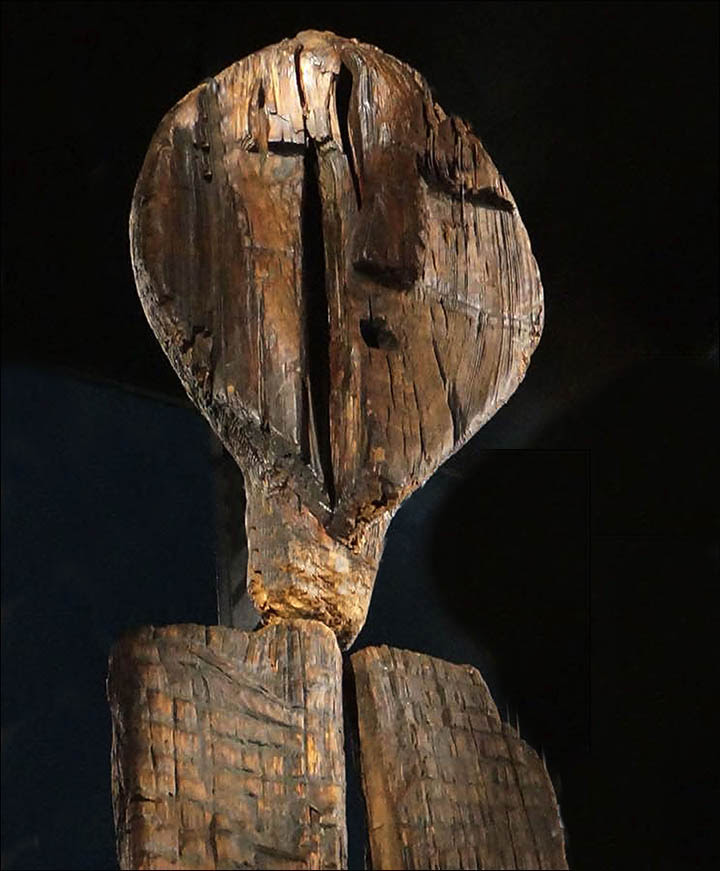 In Yakutia, as in most parts of northern and central Asia, it was widely believed that bad luck and diseases were caused by malicious spirits; and when the spirits proved particularly persistent, the Sakha had a folk tradition for how to get rid of them. They would hide the blighted individual inside their home, where the spirit hopefully wouldn't see them; then they would construct a wooden effigy of that person and bury it, just as though it had been a real corpse, complete with loud lamentations and expressions of grief at the person's death. The idea was that the evil spirit responsible for their sickness or misfortune, hearing all this, would assume that their target had finally perished; believing their horrible work to be complete, they would thus go off and find someone else to torment instead, leaving their real victim free of their malice at last.

PCs being PCs, there are any number of ways that one of them might end up attracting the attentions of hostile spirits during their travels in the deep wilderness. Deliberately or accidentally, they could end up killing a spirit's human lover or favoured devotee; they could damage its shrines or spirit poles, interrupt or steal its offerings, trespass in its sacred places, or just say the wrong thing at the wrong time. If this happens in the taiga, then any locals who find out about it will strongly advise the PCs to hide their afflicted comrade in the nearest house or yurt and get to work carving a wooden effigy of them as quickly as possible.

You might think that this would only work if a spirit was very, very stupid. But spirits are distant and alien and strange, and many of them don't really understand humans very well; some of them, no matter how intelligent, might genuinely have trouble telling the difference between a wooden carving and a human corpse, while others might pay so little attention to the people they've cursed that any kind of deception might suffice to persuade them that the job is done. After all, from their perspective, humans are like mayflies; we die all the damn time. Why question reports of any particular demise?

If this happens, really make the PCs play this out. Make them act. Make them over-act. If they're terrible at acting, good: their characters probably are, too. Make them deliver incoherent grief-stricken speeches over the grave of their wooden friend, talking about how much they admired her and how much they'll miss her and how life will never be the same now that she is totally, completely, definitely, unquestionably dead. Encourage them to really ham it up. Most spirits are not very big on subtlety.

The base chance of the deception working is 25%, modified by any or all of the following:

This trick can only be attempted once per person per spirit; if a spirit sees through it the first time, they're not going to fall for it in future. If a spirit has been tricked into believing that a PC they've been afflicting is dead, they will also be deeply unamused if that same person turns up alive and well in their territory a few days later. Moving on to another part of the taiga as quickly as possible after the ceremony is probably a good idea.
Posted by Joseph Manola at 03:23