Last September, after incautiously writing too many blog posts about Warhammer Fantasy Roleplay, I took up miniature painting. I posted about it in December, providing images of all the crudely painted figures that I'd completed to date. Five months on, I'm still at it, although my pace has slowed somewhat. This post is an update on what I've been painting since.

I'm still very much a beginner, as will be obvious from the images below. I'm only just starting to experiment with things like basing figures or painting human eyes. I'm painting figures pretty much at random, just in order to experiment with different things - big models, small models, cloth, skin, armour, hair, scales - and my focus is still on quantity rather than quality. But I'm improving. Slowly. I think.

Here are the models I've done so far this year. Click the pictures for bigger images.

More miniatures from Castle Ravenloft and The Legend of Drizzt: 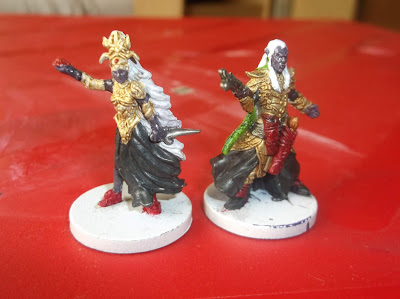 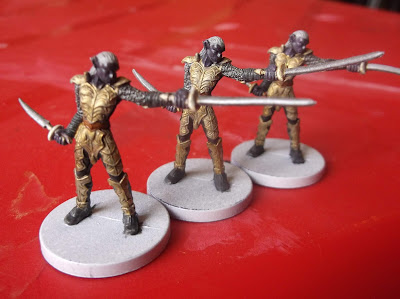 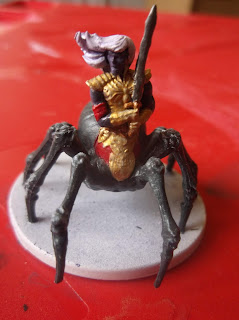 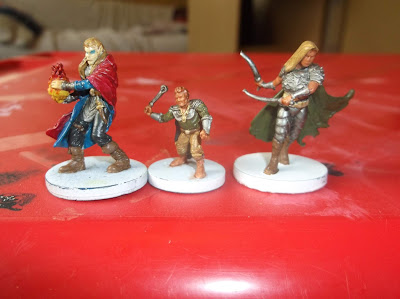 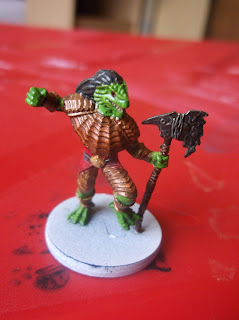 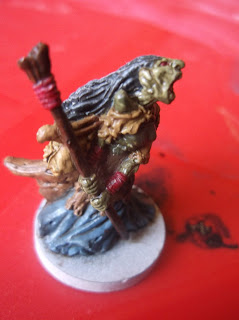 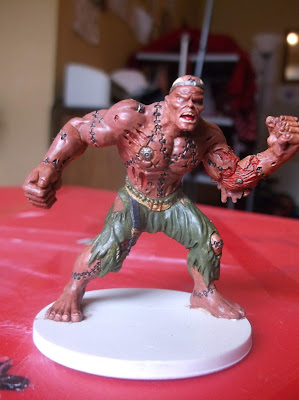 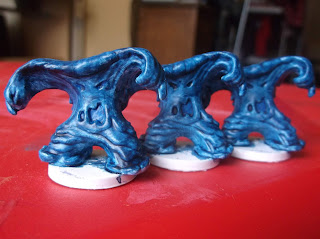 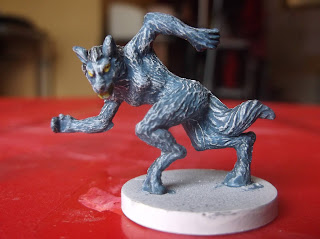 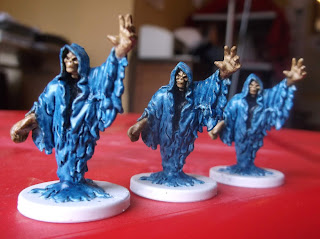 Some chunky old elves from Chronopia: 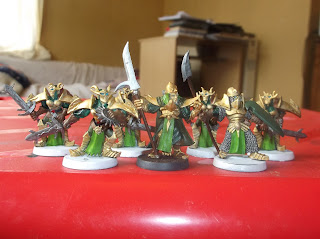 Some Arab warriors from somewhere or other: 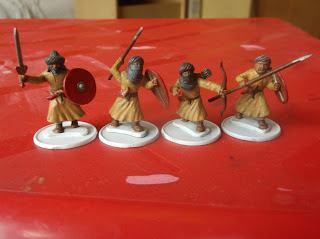 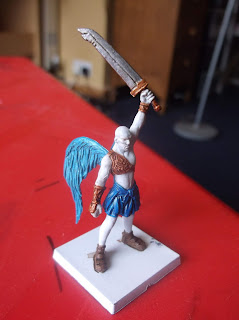 A sprue of female paladins from Shieldwolf miniatures: 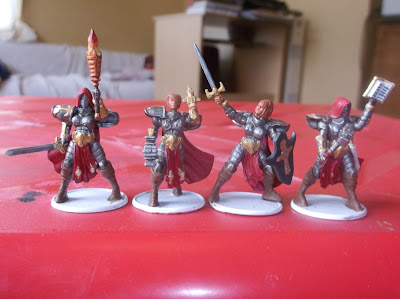 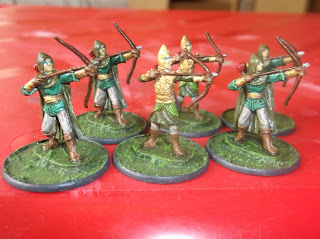 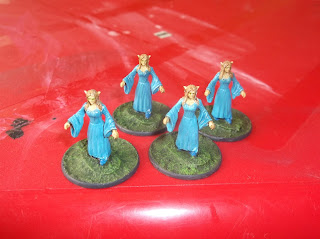 Some GW skinks and Frostgrave snakemen: 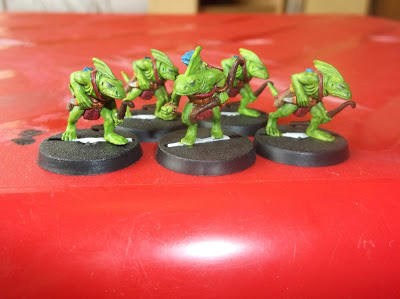 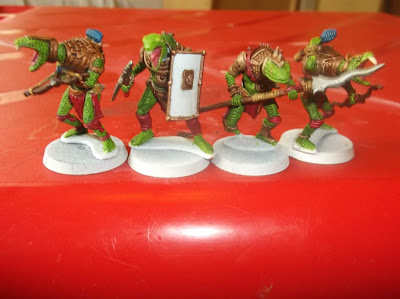 A bunch of fantasy henchmen and irregulars: 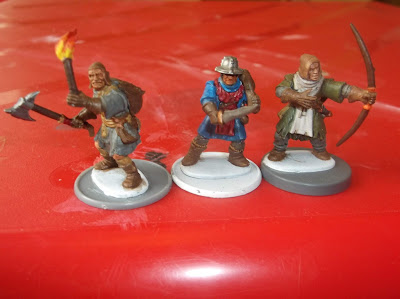 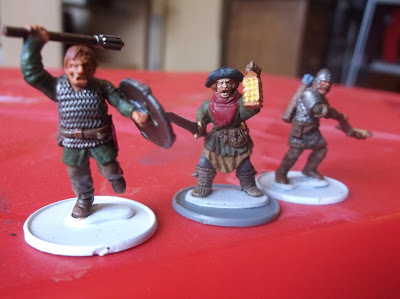 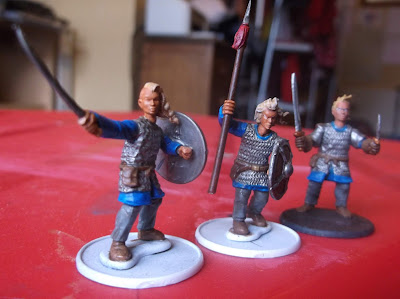 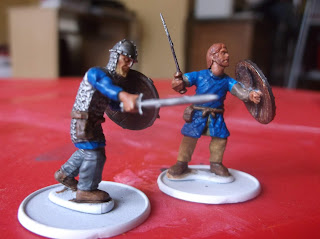 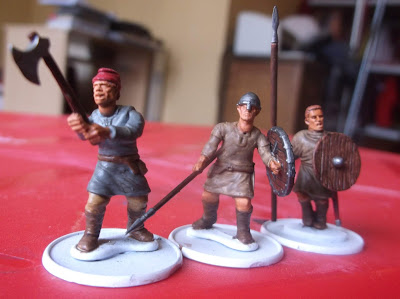 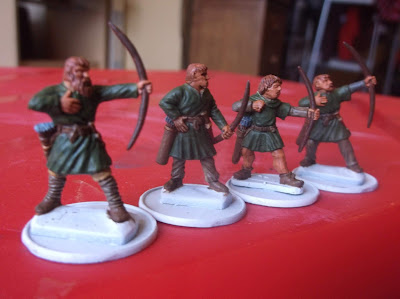 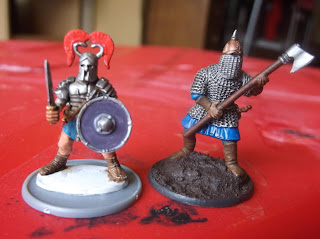 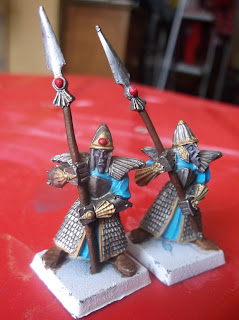 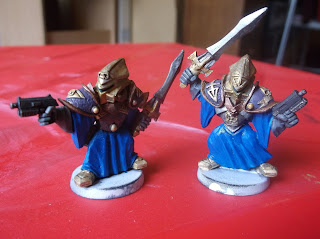 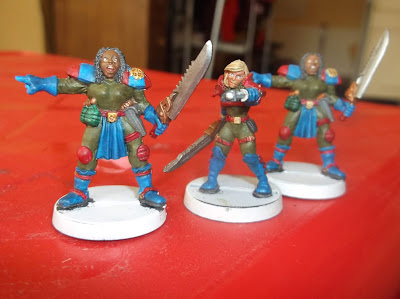 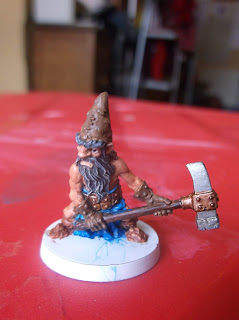 So that's where I've got to. Current projects include finally finishing the board game miniatures, painting up a bunch of other Warzone figures (Brotherhood, Bauhaus, and Lutherans), doing some more Celts (some of whom will be wearing trousers this time), and completing a squad of Mantic orcs who have been sitting on my shelf, half-finished, for about six months. So expect another update in, like, November or thereabouts...
Posted by Joseph Manola at 13:58