Somebody asked for the map I used in the Team Tsathogga game. The actual map is stupidly enormous, and is full of stuff that would just be meaningless clutter to anyone except me: but I've produced a cut-down and simplified map that shows the areas actually visited during the course of the campaign, plus the regions around them. Here it is. 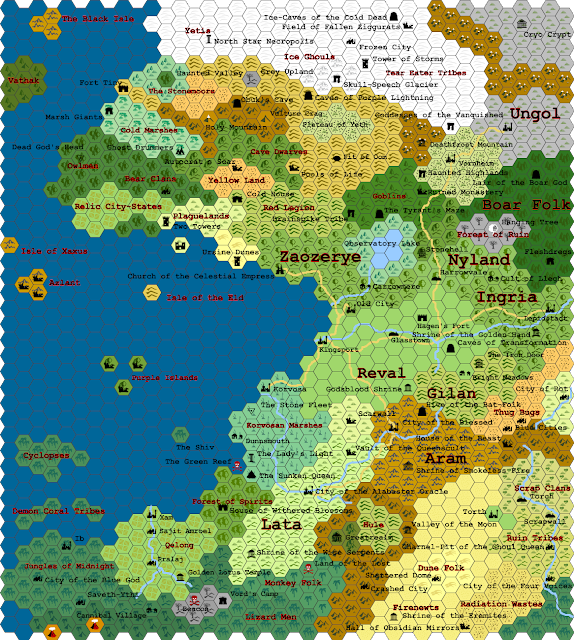 A partial explanation of sources, moving roughly from north to south:
Not shown here: the island kingdoms of the west and the Lost Lands of the east. They're part of the same world, but I'm saving them for future campaigns.
Posted by Joseph Manola at 05:50