City of Spires part 2: The city as hexcrawl

As I mentioned in my last post, one of my objectives for 'City of Spires' was to create a version of ATWC with a lower barrier to entry, suitable for running with new players with minimal introduction. 'You're in an animistic Early Modern Central Asian clockpunk setting' was never going to fly. It would have required hours of explanation - and whenever I'm gaming with new players, I always feel that I've failed unless we can be actually playing within about ten minutes of sitting down at the table.

So I resorted to my standard level 0 opening gambit: 'you're displaced peasants who have been forced to leave your community for the first time in your lives'. This set-up ensures that the ignorance of the players is matched by the ignorance of the characters, allowing them to learn about the setting together, through exploration rather than exposition. (Always show. Never tell.) This, in turn, changed their relationship with the city, which for them became an unknown zone to be explored, hexcrawl-style, one district at a time. In the first session they wandered in through the ruins of the southern suburbs and just started looking around. They've never really stopped.

Hexcrawls and cities make for a somewhat awkward combination. Hexcrawling in, say, a forest makes perfect sense: anything could be in there, and the only way you'll be able to find out what's where is to walk in and start looking around. But urban geography is purposive, designed to channel people towards the key landmarks and areas of economic activity. Only flâneurs and lost tourists just wander around a city block by block to see what they will find, but to experience a city in the way it's designed to be experienced means losing the 'one thing at a time' quality that makes hexcrawls so useful as a way of introducing players to settings.

My solution was, essentially, to make the outer city into a wilderness. Only the inner northern segment with the market and the palace was still densely populated enough to function like an actual city: the rest was ruins, rubble, scavengers, survivors, outlaws, lunatics, and monsters, and had to be hexcrawled in exactly the same way as any other dangerous wilderness area. (In ATWC terms, I combined the Streets with the Rubble and stretched them out right around the city.) But everything in the outer city was still connected with things in the inner city, whether through trade, enmity, vassalage, or simple shared history. As a result, as the PCs bounced around the southern ruins interacting with its various weird and wonderful inhabitants, they learned more and more about their relationships with each other and with the still semi-functional city on the other side of the river. By the time they reached the city proper they came not as total outsiders who needed to have a whole setting's worth of information thrown at them at once, but as people who already understood most of what was going on there through seeing the effects it had had on the communities beyond.

The most crucial bit of design I had to do in writing up the city was to make sure that everything connects, using a version of this method, thus ensuring that encounters with one group led naturally to learning about (and often meeting with) others. The stockade-dwellers pay tribute to the city's rulers, and resent it. They also want to drive the devil-worshipping bandits out of a nearby temple. The bandits seek the magic hidden in the seclusium. The seclusium contains a resurrected thief who wants to take over the nearby slaver gang. The slavers make their money selling slaves to the city's rulers. The power of the city's rulers depends on their control of a giant iron serpent. The pit the serpent rose out of is inhabited by subterranean rot farmers. The rot farmers are upset about losing control of part of their territory to some kind of worm cult. The worm cult came from a distant necropolis. The true mistress of the seclusium, trapped in suspended animation, originally resurrected the thief in the hope of robbing that same necropolis. And so on, and so forth... it didn't matter where the PCs started, because everything ultimately led to everything else. In consequence, one year on they are ludicrously networked, and able to deal fluently (and often manipulatively) with a range of NPCs and factions which would have been simply overwhelming if presented to them all at once.

This might sound like a lot of work, but it really wasn't, because all the complexity is emergent rather than scripted. Each faction could be summed up by a few lines: who they are, what they have, what they want, who leads them, how they relate to other groups, maybe 1-2 extra NPCs, and a few bits of key imagery that will ensure the PCs remember them. (This last bit is crucial. One of my players has yet to remember a single NPC name, but he remembers 'the electric skeletons' or 'the girl with all the feral peacocks' easily enough.) And I think it's a methodology that could potentially have wider application. You start with your Fancy Complicated Location, the one you've been wanting to use for ages but never do because you know your players would get lost in all the infodumps. Then you put it in the middle of a hexcrawl, full of groups that relate to various different aspects of it and each other, and you start the PCs off right at the edge of the map. By the time their drunkard's walk through the surrounding hexcrawl finally brings them to the central location, your PCs will have picked up an understanding of it by osmosis, and should be ready to fully engage with it in all its over-complicated glory.

Just don't overstock the hexcrawl. That was my mistake. Thank God for extremely patient players. 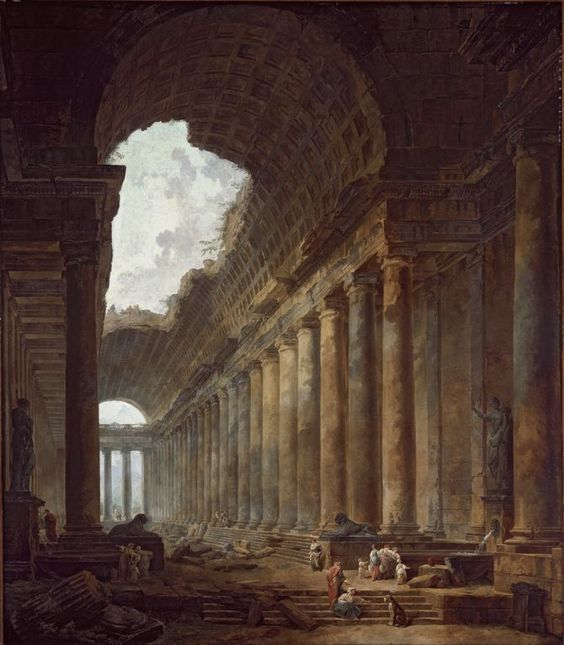