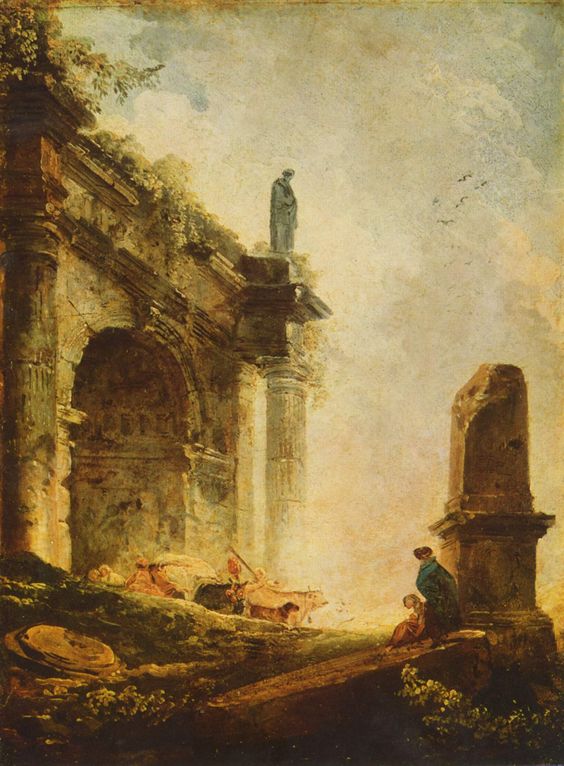 'The Ruin' is a fragmentary Old English poem in the Exeter Book, written by an unknown Saxon poet contemplating the ruins of a Roman city. Fittingly enough, 'The Ruin' has itself been ruined, its pages partly destroyed by some ancient fire. But what remains is pretty powerful stuff.

At the start of the pandemic, as the death tolls soared and the lockdowns began, two lines from 'The Ruin' became absolutely lodged in my head.

Death took all the brave men away.]

The subject matter is bleak, but the verse is wonderful. (Read the first line out loud, slowly. Notice the way the first three words reach out and fall back like dying men, and the way the word 'woldagas' looms up suddenly, like Death on his pale horse rising up over the horizon.) It's an excellent early example of the 'aesthetics of ruin' I described here, mingling awe at the achievements of the ancients with sorrow at the obviously catastrophic nature of their fall. As the year has gone on, it's also become a bit of a touchstone for me in relation to the 'City of Spires' campaign.

In a response to my 'aesthetics of ruin' post, Arnold K described 'Starfighter Samwise' as 'the ruiniest thing I've ever written'. Well, City of Spires is the ruiniest thing I've ever run. It's set in a ruined city built on top of another ruined city. The population is a remnant of a remnant. The trade routes are fading ruts in the desert. The priests are all dead and the local religion consists of things that people vaguely remember hearing about in sermons from their childhood. The clockwork machines are rusting and broken. The irrigation networks have collapsed from lack of maintenance and the wells are choked with sand. There are very few real villains: just a whole lot of badly damaged people groping their way through the wreckage of their lives, with figures who initially seem terrifying repeatedly turning out to be pitiable upon closer examination. If ATWC is about evil, then City of Spires has mostly ended up being about loss.

(One of the most effective moments in the campaign so far came with the PCs barricaded inside a ruined house, while the Weeping Lady, a blind, flying monster who haunted the city by night, scratched and clawed at the timbers. As she scratched, she kept calling out in some ancient tongue, and at last the group's scholar was able to translate her words: 'Who's there? Is anyone there? What's happening? What's happened to me?' The party's shift from seeing her as a terrible threat to just a poor, maimed, lost thing hiding in the night was very gratifying to see, even if they remain rightly wary of her capacity for extreme and indiscriminate violence.) 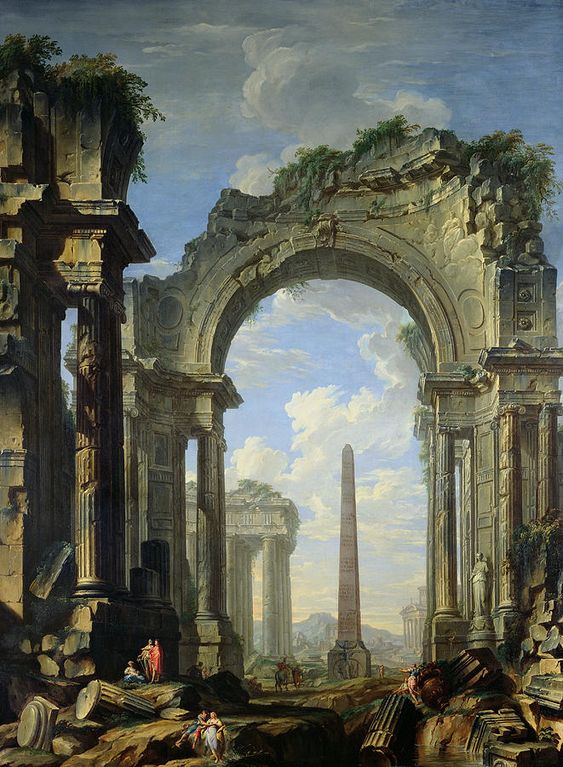 As well as giving the campaign a consistent aesthetic register - rust, ash, tarnished metal, rags, rubble, malnutrition, sand - the ruination of the setting has made it much easier to work with, actual-play-wise. In true post-apocalyptic style, the armed forces of the various factions are closer to street gangs than armies. The clockwork machines are all damaged and malfunctioning. No-one has much in the way of magic, or technology, or resources, or control over anything outside their own respective patches of turf. Everything is so smashed and broken that even a handful of opportunistic lunatics like the PCs are regularly able to make a real difference.

It's also made the hexcrawl elements I mentioned in my last post much easier to run. In a setting where everyone is just barely scraping by at the bottom of the pyramid of human needs, strengths and weaknesses tend to be obvious, and the objectives of each faction are usually of an extremely straightforward and easily legible kind. We need food. We need protection. We need to destroy our rivals. We have a field. We have a castle. We have a well. Everything is stripped down to its most elemental forms, which makes it much easier for the PCs to interact with them. Complexity can be reserved for those rare groups and individuals who have managed to drag themselves a few rungs up above the daily struggle for bare survival.

Crungon walo wide, cwoman woldagas / swylt eall fornom secgrofa wera. If you want to make a setting easier to game in, hit it with a dose of the old crungon. Take all the brave men away. Turn your PCs loose in the wreckage. The setting's loss may well turn out to be the campaign's gain.