Evil, be thou my good: the cult of the Wicked King 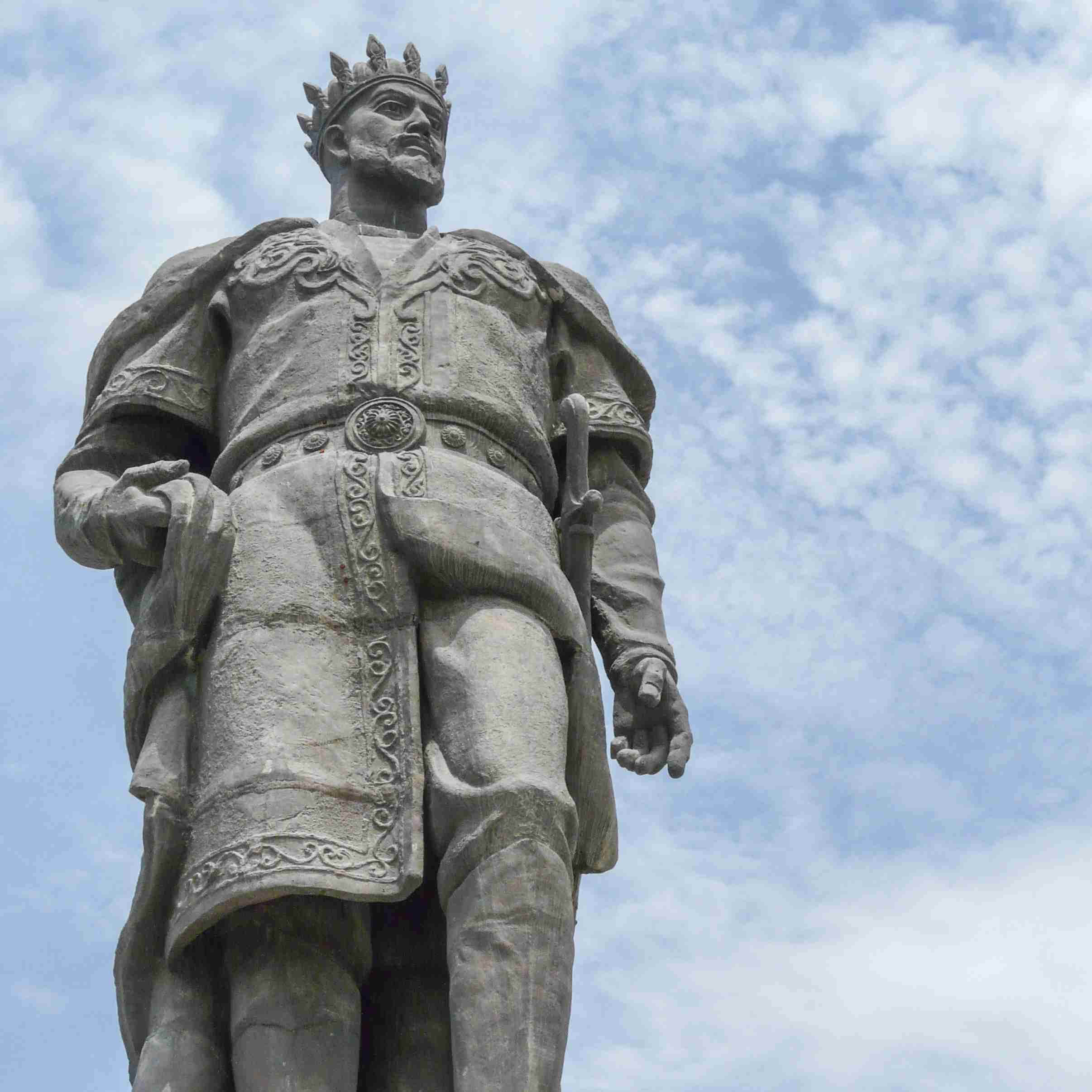 Decades have passed since anyone anyone last saw him, and yet his face is everywhere. His statues loom on every corner. His tower blocks out the sun. His soldiers plunder you. His ministers lie to you. His secret police spy on you. His tyranny is in the air and the earth and the water. It hovers, unseen, between person and person, ruining and infecting everything, withholding you even from those whom you most yearn to love. It poisons you and it sickens you, reducing you to a mockery of the person you could have been. It deforms your personality. It withers up you soul. It breaks your heart.

He has not been officially deified. In the city's gilded temples, hireling priests offer up thanks to heaven each morning and evening for being allowed to live under a ruler so wise, so holy, so enlightened - but while they pray for him, for his health and his longevity and the continuation of his rule, they do not pray to him. Officially, he is no more and no less than the very best of mortal kings.

He has not been officially deified - but people pray to him anyway, just as one might pray to any other evil spirit of the land. Spare me, they whisper, before they sleep. Spare me just one more night. Spare my parents. Spare my children. Take my neighbours, if you must take someone. I will make you a bargain. I will make you an offering. I will be loud in my praise of your wisdom. I will burn sweet incense at your statue's foot. I will inform on the old woman for her seditious gossip at sundown. Only spare me, O king, O destroyer. Only spare me yet another day. 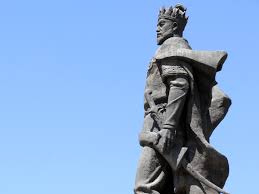 In the streets, superstitions about the Wicked King grow like weeds, and the people regard his agents less as members of mortal institutions than as a race of folk devils to be evaded through luck and guile. If you eat while standing in the shadow of his tower, they say, the secret police will come for you within a fortnight. Scatter rice from a third-story window and the wrath of the King will be averted. Whisper the name of your worst enemy three times while facing the tower at midnight, and the secret police will come and take them away - unless they've hung a polished brass mirror on their door, in which case they'll come for you instead. Faced with the apparently random predations of the city's government, such petty rituals help the people to feel that they wield at least some measure of control over their own destiny. And who is to say that there is not some truth behind some of them? No-one, after all, really knows what it is that watches the city through the eyes of the king's statue network, or upon what principle his minions decide which luckless souls will be dragged away, wailing, into the night.

So the people pray to the king. They make offerings to him. Some of them even maintain sad little shrines to him in the darkened corners of their homes. But a few go further. In the dark of the night, they slink out and abase themselves before his statues. They croon songs of worship into their cold ears of stone. They sprinkle the dust around their feet with the warm blood of sacrifices. They join the cult of the Wicked King.

The cult has existed for decades, now, ever since the people of the city began to grope around for some explanation of what had happened to them. In its most popular form, it teaches that the king is a kind of prophet, whose actions must be understood as coded or symbolic teachings. His power and immortality are signs of his semi-divine nature. His destruction of the city's name, his withdrawal from the sight of the people, and his refusal to proclaim his own divine status are understood as acts of negative mysticism, designed to encode the truth that real power and identity are to be found not in the outward world of appearances, but in some secret and numinous realm beyond them, hidden as the king himself is hidden, immortal as he is immortal. Some cultists think that his cruelty is a sign that the moral law is a lie, too. Others believe that he is punishing the city for its sins. Others still maintain that the body is the soul's prison, and that unleashing a gang of masked murderers to brutalise his people is the king's rather roundabout way of teaching them not to place too much value on physical things.

But these are rationalisations, and the true reasons that people are drawn to the cult of the Wicked King are the reasons that people are always drawn to power. Ambition: if I sacrifice enough to the king then he is sure to bring about my promotion. Desperation: if I pray hard enough to the king then maybe the secret police will bring my sister back. Justification: I'm not just a cruel and selfish person! I'm following the secret teachings of the king! And, perhaps most commonly of all, sheer exhausted frustration. Faced with the endless opacity of the city's government bureaucracy, the transparent injustice of its laws, the arbitrary depredations of its security services, and the spiritual inadequacy of its state religion, it it understandable that many people become desperate for even the illusion of having a hotline to the top.

The cult of the Wicked King is something of a wild card in ATWC. It's extremely disorganised and decentralised: a shifting web of solitary practitioners, semi-formal congregations, and splinter groups following individual teachers and interpreters of its makeshift theology. Doctrines vary widely from one cult member to the next: all that they really have in common is the belief that the Wicked King really does want his people to worship him and will reward them for it, despite the claims of the Ministry of Religion to the contrary. (Indeed, some of them see the Ministry of Religion as an actively malevolent force, keeping the truth from the people for evil reasons of their own.) They exist in something of a legal limbo, discouraged but not technically illegal: and the secret police, in particular, tend to regard the cult's activities with something resembling indulgence, a fact which discourages the other branches of the city's government from attempting to crack down on them too harshly.

The informal patron of the cult is Alisher the Just, the current Minister of the Heavens, who is himself a secret cultist of the Wicked King. Leading teachers of the cult's esoteric doctrines sometimes find themselves summoned for discreet meetings with the minister, who believes that proper worship of the king will help accelerate his personal advancement, and doesn't care how many human sacrifices he has to preside over in order to bring this about. PCs who oppose the Wicked King could easily find themselves targeted by vigilante cultists eager to win his favour by defeating them. But crafty PCs might also be able to turn the cult's beliefs to their own advantage, especially as it includes many people who would be willing to risk their lives for a chance to meet the king face to face.

To see who leads the local cultists, roll 1d20: