Foes of the Wicked City 4: The Renunciates (character class)

The religions practised in the cities of the great road don't agree on much, but there is a broad consensus amongst them that there are two basic paths to holiness. The first is the path of the mind: you can immerse yourself in the holy texts, losing yourself in language mysticism, sacred mantras, holy calligraphy, and memorisation of the secret names of god, eventually becoming a Disciple of the Word. The second is the path of the body: equipped with just enough knowledge of theology to get you started, you can head out into the world, into the desert or the mountains, and learn to hear those words of God which are not written in any book. You will need to strip yourself bare, of course: you will need to abandon wealth and possessions, living in absolute poverty and simplicity, exposing yourself to whatever heaven chooses to send you. You will need to be tough in body and strong of mind. But if you persevere in your asceticism, then the divine will begin to reveal itself to you: shining out of the heat of summer and the ice of winter, glittering off the slopes of distant mountains, whispering out of the cracks in the earth. Those who have devoted themselves to the pursuit of such divine wisdom - a wisdom which is felt in the bones rather than held in the mind, and which cannot be reduced to words -  are known, collectively, as the Renunciates.


The exact practises of the Renunciates vary from sect to sect: some confine themselves to monasteries or hermitages; some walk the world in an endless pilgrimage; some actively mortify their flesh through rituals of penance or asceticism. Some sit beside blazing fires for days on end to burn all the impurities out of themselves; some meditate naked amidst the mountain snows; some starve themselves, or scourge themselves; some run barefoot in endless circles, day after day after day. All take vows of poverty. They are highly respected by the ordinary people, and even though many of them have only an extremely basic knowledge of religious doctrine they are widely recognised as having access to special forms of divine wisdom of their own. Most of them live by begging - never accepting more than they need to survive - and it is considered very lucky to give to them, even if they don't technically belong to your religion. After all, anyone who's put themselves through that much hardship for religious reasons must be pretty holy by now, right?

The Wicked King is served by Renunciate orders of his own: mad cults of assassin-ascetics, fantastically scarified in atrocious torture-rituals, who serve as the shock troops of his armies and in the death squads of his secret police. These aside, however, the Renunciate orders generally agree that the Wicked City is an appalling stain on the earth; and while most of them do not see it as their place to intervene in worldly matters, they are usually happy to lend aid or shelter to those who are fleeing from the Wicked King's agents, or whom the cruelties of the Wicked City have left wounded in body or mind. Perhaps a few, those who are still young enough to have not become completely unworldly, could be persuaded to take a more active role in bringing about the city's downfall... 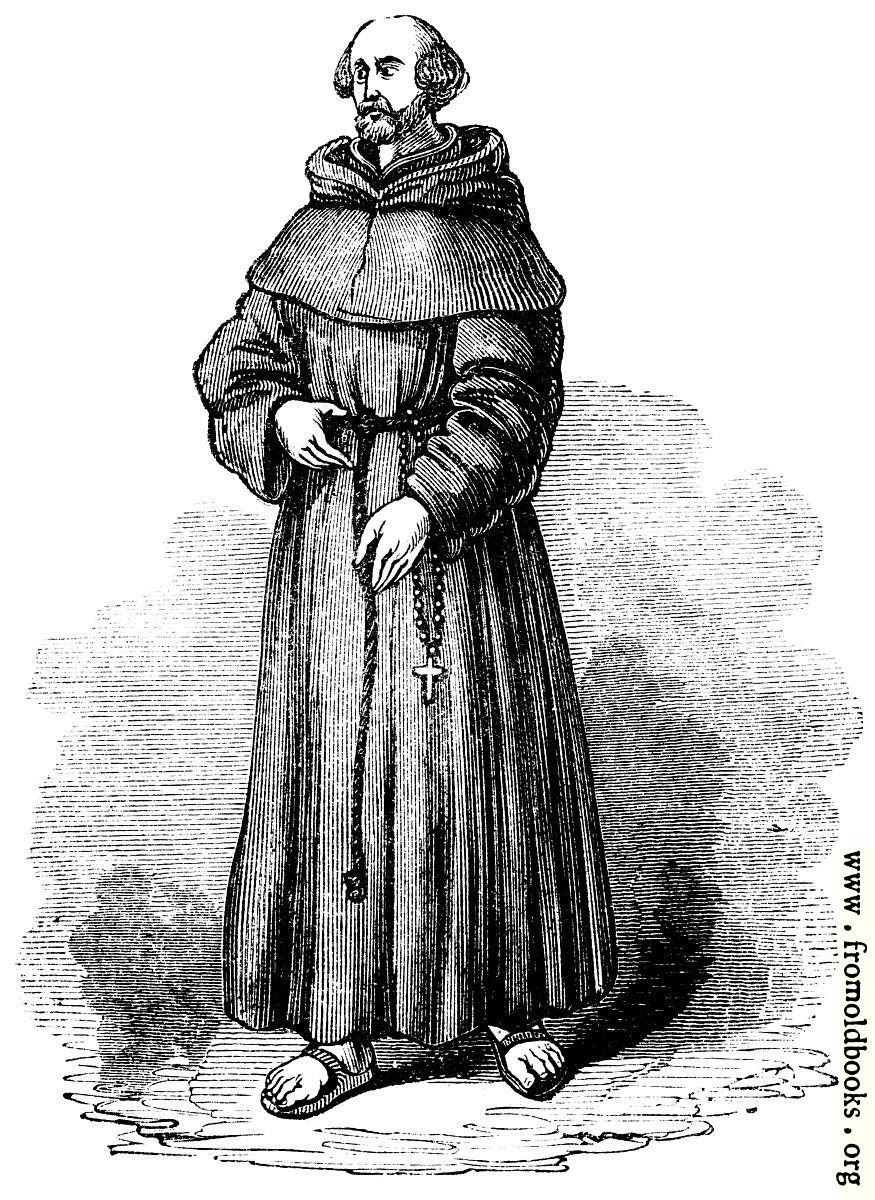 Flame, Stone, Cloud, Ocean: You may play a Renunciate, if you wish, although you will need Constitution and Wisdom scores of at least 12. Game information is as follows:

Starting Equipment: Simple light robe, staff (1d6 damage), rope tied around your waist, sandals, needle, begging bowl. This is all you will ever own.
Posted by Joseph Manola at 16:24